Our lab is proud to announce that Burcu Aysen Urgen, a graduate student in Cognitive Science, was one of the winners of this year’s Interdisciplinary Scholar Awards organized by the UCSD Graduate Student Association (GSA) in coordination with the Office of Graduate Studies.

Burcu was our department’s nominee this year. A committee composed of a diverse group of graduate students and faculty selected three awardees, who each received a $500 honorarium and a fancy trophy (see photos below). The students presented their award-winning research at the 2013 Interdisciplinary Research Awards Ceremony on April 4, 2013. A group of lab members and other graduate students from the department attended the event, which featured an address by Kim Barrett (dean of graduate studies), presentations by the awardees, as well as food and drinks. Burcu’s talk was entitled “Spatio-temporal neuroimaging of visual processing of body movements in humans”; an abstract of her talk is included below. Congratulations Burcu! 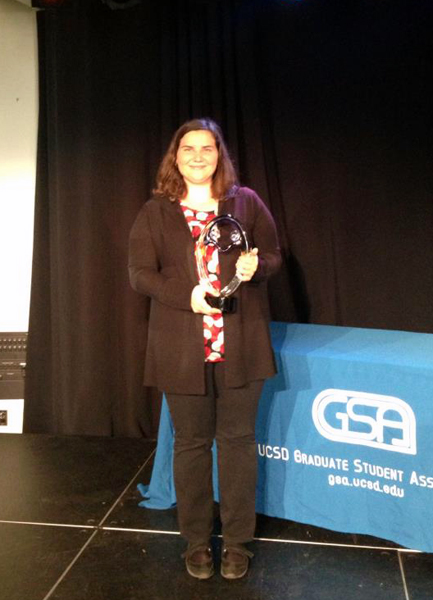 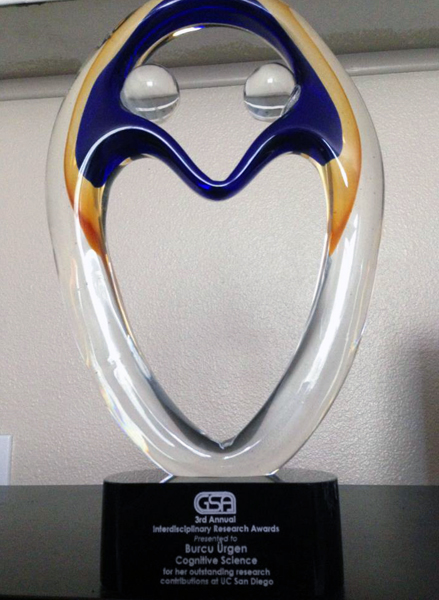 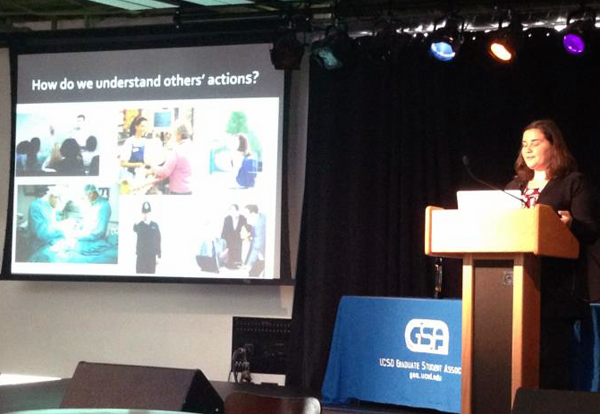 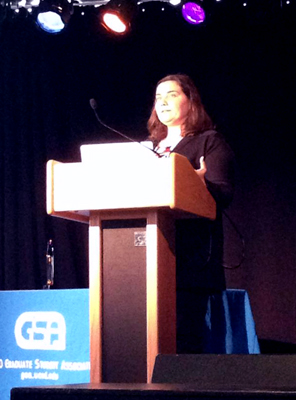 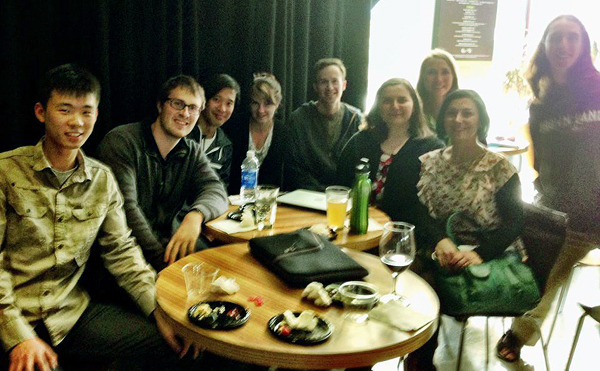 Recognizing the actions and body movements of others is of utmost importance for the survival of many species. For humans, action recognition is considered to support important higher order social skills, such as communication, intention understanding and empathy, some of which may be uniquely human. Over the last decade, neurophysiological and neuroimaging studies in primates have identified a network of brain regions that are associated with recognition of body movements. The main goal of this interdisciplinary project is to investigate whether this neural system shows specificity for conspecifics, particularly for humans. This general question is addressed by using state-of-the-art robots, which were provided by a robotics lab, non-invasive brain imaging methods with excellent temporal and spatial resolution (EEG and fMRI, respectively), and advanced data analysis techniques from computer science.